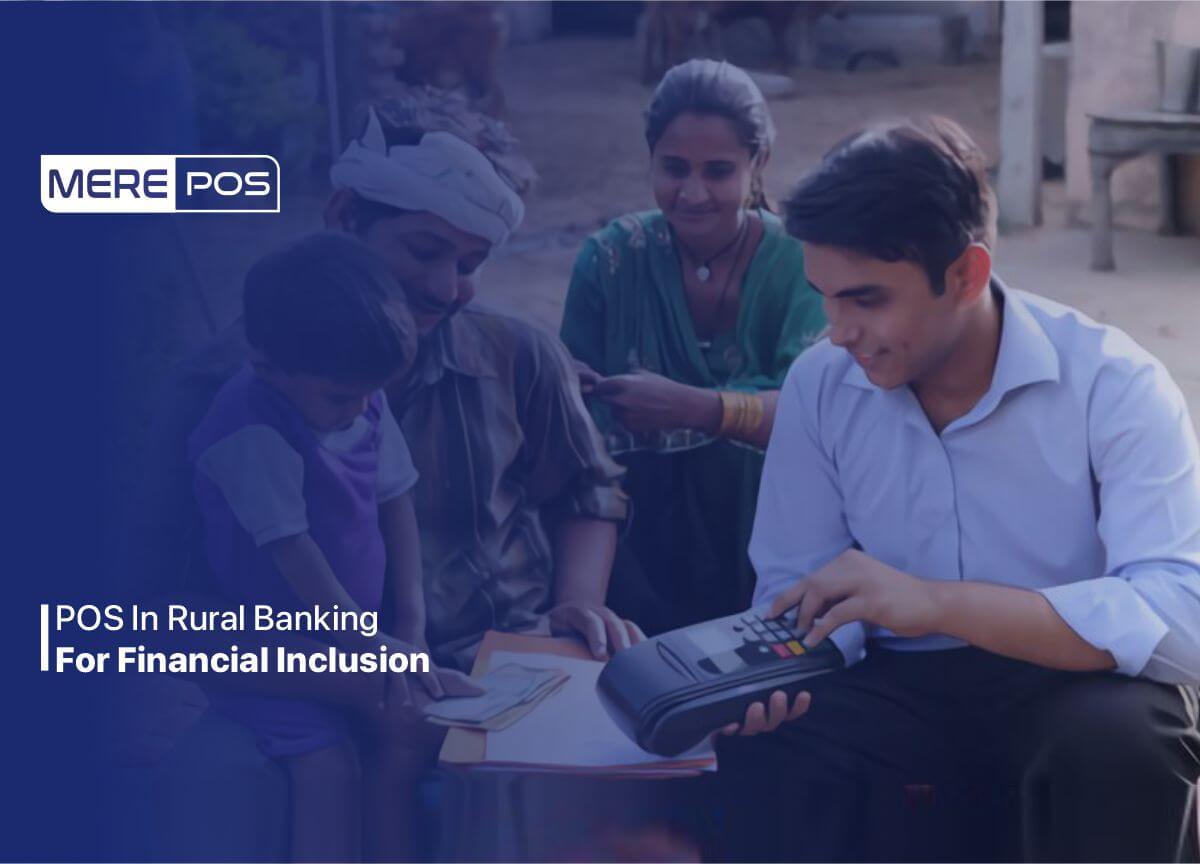 Banks are looking to POS devices to help them grow in rural regions. Over time, banking institutions have taken several steps to include people from different socioeconomic levels. For instance, governments and central banks of all countries are trying hard to strengthen the banking system in rural areas, especially in developing countries. First, they tried to increase the number of branches, which was a slow process since it necessitated high financial and time investment. Then the idea stepped aside for ATM networks.

ATM networks are less expensive to establish than branches, and they provide nearly all of the basic transactions available at branches. Hence, banks concentrated on implementing ATMs more. For example, large and developing nations such as India have installed around 2,20,000 ATMs, with approximately 40,000 ATMs located in rural regions (reports as of 2019). But the numbers are insufficient considering the population.

However, the development of POS devices has changed the focus from ATMs to banking POS devices. With multiple capabilities, POS can reach every corner of the world that can execute almost all of an ATM's tasks.

Benefits of POS in rural banking

Improve bank's image: Banks are projecting themselves as a technology-driven brand through POS devices. This will boost the bank's credibility among unbanked people seeking financial services.

Cost-efficient: Compared to setting up ATMs or even a branch, POS devices are cheap. This feature may encourage new-gen fintech banks to implement POS in the rural sector. And it can reduce maintenance costs.

Government subsidies: Various governments offer subsidies for POS implementation in rural areas. The Indian Government is providing assistance to all types of banks, including fintech banks.

Earlier this year, "The Guardian" reported an issue in Nigeria. The country faced the worst ATM failure across the country, leaving bank customers in trouble. Several rural regions were hit the worst since there was only one bank to conduct transactions with, also overcrowded. But there are merchants in the locality who use POS devices to continue to sell the product, so people didn't suffer much from the ATM failure. Most importantly, banks have started offering POS services directly to customers. They were just one call away from POS services, bank executives coming to their doorstep, the marketplace, parties, event centres, and even between marriage functions.

They offered all services, such as depositing, transactions, withdrawals, paying bills, recharging, etc. True financial inclusion was realised when POS operators started servicing rural and urban customers who find it difficult to go to the banks.

Still, unbanked people stay away from passwords, SMS verification, and cards. For them, an easy authentication method should have been developed: the answer to it was biometric authentication.

Companies that follow and curiously care about the changes offer integrated biometric authentication capability on POS devices. The POS gadget checks the customer's identity against a bank or national biometric ID data. Aadhaar-enabled payment services (AEPS) in India compare the customer ID with the Unique Identification Authority of India's (UIDAI) database, which is directly linked to the customer's bank accounts.

Several countries allow customers to withdraw money through POS transactions, but the withdrawable amount is limited now. For instance, India has capped the amount withdrawl per day from bank deployed POS devices. Cash can be withdrawn using a credit/debit card or UPI.

Banks may truly claim to be reaching their customers' doorsteps via leveraging POS devices. Besides, there is considerable financial gain because of POS devices, infrastructural-wise. Governments are promoting technology as it helps improve financial inclusion, through which they can strengthen the banking system in the country.

Do You Have Any Project?